Steve Jobs’ unbelievable instinct, told by the people that were close to him more than anybody else

Unfortunately due to the illness of Tomaso this film will never be released. There is another work on Steve Jobs that was completed some years ago and it will be re-released in the future

Why another film on Steve Jobs? 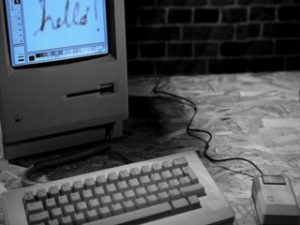 In everyone’s life, there are some key moments where we must face important choices, so important that will shape our lives forever. Steve Jobs made many important decisions and by understanding what lies behind those, we can learn something for ours. We have talked with the most important colleagues and friends of his, to discover his thoughts, fears and aha moments: how he was driven by a vision and his ungovernable and obsessive passion. And we have a story that must be told!

The core of this documentary is the incredible, breathtaking series of interviews we shot with John Sculley, Mike Markkula, Steve Wozniak, Andy Hertzfeld (and many more!). They talk about Steve Jobs in a way that we’ve never heard before. We are aware there are yet movies and documentaries about him, but we also know that no one can tell this story in such a deep, emotional and addictive way.

“Steve Jobs’ Choices” is about the human side of some of the hardest and toughest decisions of his professional career.

What we did was searching for the people who worked and lived with Steve Jobs and asking them to talk about their emotions, feelings, stories in the key moments of his life.

These are the main protagonists of the hardest decisions!

For sure one of them is John Sculley, the CEO of Apple who fired Jobs in 1985 and led the company until 1993. He never spoke extensively on camera before and a lot of his assertions are quite impressive.

The other one is Mike Markkula, Jobs mentor, Apple nurturer, who always had a leading role at Apple until recent years. If one should name an Apple insider, he definitely is the one.

None of Jobs, Sculley and Markkula is an average guy and their relationship is key to understand how great goals are achieved throughout history.

These are no actors: these people are real and they are talking about their own deeds, their emotions and their personal memories.

Along with this two main characters the film will feature a huge panel of digital revolution stars we had the chance to met in these years of development: Steve Wozniak, Andy Hertzfeld, Larry Tesler, Jay Elliot, Paul Terrel, Chuck Peddle, Alvy Ray Smith, Steven Levy, Alan Cooper, Stan Veit, Michael Swaine, Paul Freiberg, everyone of them giving their personal account of the rise of Apple, the MacIntosh development years and the confusion of the early nineties.